In previous years I’ve spent a lot of time reviewing and writing up a year’s worth of Massively.com / other MMO sites news articles. Although this is very useful from an information point of view (particularly the “oh, I’d forgotten about that” articles) it takes a very long time.

So, this year I’m still doing the review (starting from about page 300 of Massively.com’s article list), just not writing it up point-by-point. Instead, here are just the key stories and predictions (in my view) for 2012:

The Old Republic Is New Again

The most popular Star Wars game at the moment doesn't involve this guy or his family at all.

Let’s start with the obvious: EA BioWare launched Star Wars: The Old Republic (SWOR), the biggest MMO launch in a long time. I’ve already covered this topic a lot, so I won’t rehash those issues again. In short: I think SWOR will have trouble retaining players, or at least 7 figures worth of players (which is really the target: to get and keep 1m+ players).

Prediction: SWOR will have some big launch numbers announced – 1.5m to 2m launch copies sold within the first 10 weeks – and the success of SWOR launching in new regions (Brazil, India and Asia have a lot of potential players) will be trumpeted, but the next twelve months will see significant chunks of SWOR’s launch base move on. Why? It’s too much “more of the same” at its core, no matter how pretty the outer packaging.

Prediction: Oh, and SWOR will get a cash shop / real money transaction (RMT) system in 2012. There will be much wailing and nashing of forum teeth, but EA won’t be able to hear it over the ching! ching! ching! sound of their cash registers.

This was just a touch premature in terms of dates, but it is still very accurate.

NetDevil has an odd legacy in that it seems to come close to success, only to end up face-first in failure. To recap:

The only remaining title it had was Fortune Online, a generic Diablo-esque isometric dungeon crawler, and even that doesn’t carry the NetDevil logo anymore. Trying to go directly to the http://www.netdevil.com site auto-forwards you to the Gazillion site.

In short, 2011 saw the end of NetDevil. The bleeding started in 2010, but with the failure of LEGO Universe so goes NetDevil’s chance of resuscitation.

Prediction: NetDevil aren’t coming back. The lights will go out on Jumpgate and Jumpgate: Evolution in 2012 when someone at Gazillion gets a bill to renew the domain (and the lawsuit with Codemasters is settled).

Hacked to the Bone

Prediction: There will be more of these kind of attacks since they are a data goldmine for fraud. Failure to prevent these attacks will start to erode gamer confidence in the ability of these studios to protect their details. MMO companies will need to get serious with data protection or see a lot of players leave.

I’ve mentioned before that the subscription payment model is on the decline for MMOs, with it being replaced by real money / micro-transaction (RMT) payment schemes. This is for a number of reasons, but a very big one is that most MMO players only pay for one subscription at a time, so if you are using a subscription payment model (plus box cost) you have to have the best game in market to attract enough players to keep the servers going. Free-to-play (F2P) titles require no direct payments to start, however, so players can have as many of them going at one time as they want. 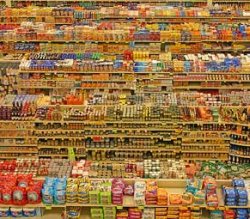 There's only a limited amount of time that people have to play games, whether they are free or paid for.

Which has seen sub-based titles such as Lord of the Rings Online, Star Trek Online and EverQuest II convert to F2P. They still have their subscription option – and they want players to use it – but they have a larger user base precisely because they dropped the barrier to entry of buying the box and then paying on a monthly basis.

A lot of MMO titles are now F2P, or have a F2P option. This used to work well (or well enough that the game didn’t get shut down immediately after going F2P), but I think that 2012 is the point where going F2P hits saturation point. There are just too many F2P titles out now and coming out for the market to remain stable.

Prediction: A number of F2P titles (especially converted F2P titles) and developers are going to announce their closure / sell-off this year. If they do sell-off the title, it will likely be to an Eastern (read: China or South Korea) F2P aggregator / publisher.

Prediction: Post-SWOR’s launch, there won’t be any AAA MMO that launches using a subscription-only payment model. RMT / hybrid payment models for all!

SOE Continues To Miss The Boat

Sony Online Entertainment had a 2011 they’d prefer to forget. DC Universe Online was their first big MMO launch in a while and it flopped, requiring a free to play transition 9 months post-launch. The long-highlighted The Agency was cancelled with corresponding layoffs. Star Wars: Galaxies was shut down.

On top of this, SOE’s MMO future appears to be oriented towards F2P titles – either new ones they launch or older titles they convert. This F2P transition hasn’t always been the smoothest either, which has hurt SOE’s reputation in this area.

SOE will be hoping that 2012 is brighter – after all, it looks like PlanetSide Next will launch and more work on Everquest Next can be hyped up. Things can’t be as bad as in 2011, right?

Prediction: SOE will continue to be the big MMO development group costing on past glories. PlanetSide Next isn’t going to set the world on fire – MMOFPSs being less attractive to players than MMORPGs – while players leave existing SOE titles to play white-hot competitor titles.

Prediction: DC Universe Online, being the only AAA F2P MMO on the PS3, will continue to do very well for itself on the console, exceeding DCUO’s PC-oriented performance.

Prediction: Vanguard: Saga of Heroes goes F2P. Or shuts down entirely. But most likely goes F2P.

Final Fantasy XIV is arguably MMO history’s greatest fumble. It was so bad, in fact, that despite launching under a subscription fee model, subscription fees have been waved.

… until January 6, 2012, that is. And the subscription cost only covers one character slot – it seems like other character slots are charged at $3 each.

Prediction: FFXIV starting to charge subscription fees will lead to empty FFXIV servers. The hardcore will stick around, but the damage has already been done.

Other Predictions, In Short Format

As a man, I appreciate this image. As someone who thinks women sword masters going into a fight should at least wear some leg protection, I /facepalm at the same time.

Prediction: NCsoft will remain engaged in the Western MMO market, but with revenue dropping from this region at the same time Lineage grows revenues in South Korea, they aren’t planning launching any others until Guild Wars 2 and / or Wildstar test the market for them. Operations layoffs (especially in quality assurance and billing) point to this. So Western localisations for new NCsoft titles launching in South Korea – Blade and Soul looks both oh-so-beautiful and oh-so-sexist simultaneously- seems very unlikely.

Prediction: Guild Wars 2 isn’t the MMO Gaming Saviour that a lot of vocal players say it will be. Assuming it launches in 2012, GW2 will do well for itself and for NCsoft, but it isn’t going to revolutionise anything.

Prediction: The MMOFPS will remain the poor cousin to the MMORPG, despite launches of titles like PlanestSide Next and Dust 514. MMORPGs let players win 80%+ of the time while MMOFPSs see evenly matched players win only 50% of the time and require a lot more dedication. Plus there are lots of FPSs that let you play the multiplayer element for free.

Prediction: CCP will refocus its efforts on EVE Online, but this this won’t have much of an impact on player retention because it is already too late for a lot of players – the damage has been done. Also, given that CCP has been made to look like Mittani’s bitch once, they don’t have the ability to appear as devs in charge of their own ship any more.

Prediction: This one I’m completely pulling out of my ass…umptions: Valve will announce a MMO of its own in 2012. It seems odd that Valve is such a PC-centric company and major PC-gaming enabler yet isn’t an active part of the very-heavily-PC-MMO market, so I’ll call 2012 as the year that this changes based on no evidence whatsoever.