I previously said that massively multiplayer online games (MMOs) don’t have the future they once did. Time to elaborate on that.

A Short History of What Went Wrong

Let’s look back really briefly to the time that MMOs really started to attracting gamers: the very late 90s and early 2000s. Ultima Online (launched 1997) had shown that MMOs could work, EverQuest (launched 1999) quickly became very popular. But this time was also the era when PC gaming was having the snot pounded out of it by console gaming – the Playstation became the most popular console ever, while Microsoft and Sony got serious in the Xbox vs Playstation 2 series of the console wars. 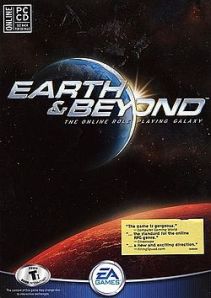 Or perhaps the more specific saying was, “MMOs can’t fail, unless EA cancels them.” (Image sourced from: Wikipedia)

MMOs were one of the few bright spots for PC gaming during this time. They got around piracy issues because you had to have an authorised client to log into the game servers and – during this era at least – were able to attract large numbers of players to them. MMOs provided multiplayer gaming experiences that consoles couldn’t match at the time. For a period of time the meme was “MMOs can’t fail”.

But that was then and this is now. Many, many MMOs have failed since that time, revealing the perils of MMO development. MMOs have a long development cycle, are very expensive to create and – this is a big factor in my mind – no other video game genre requires the kind of repetition that MMOs do. To get to the end of a conventional PC game might take something like 4 to 30 hours, with game activities usually broken up to give the player some variety. MMOs can easily take ten times those figures to get to the ‘end’ game, with the player choosing what they do… which is whatever will provide them with the greatest advantage, so they grind through it. Rinse and repeat all the way up to DING GRATZ, then repeat again.

If you want to start a new MMO, very few skills you’ve learned from one title are transferable to the next (especially if the game uses server-side to-hit calculations in place of active player targeting). Moving from one FPS to another means that you bring your cumulative skills with you as an advantage; moving from one MMO to another can often require you to unlearn what you’ve just spent dozens of hours finessing to perform the same basic tasks.

Today’s MMOs are objectively better than the MMOs of ten years ago, yet a lot of long-time MMO players pine for the original era. Titles that are meant to engage players for hundreds of hours find a player base only willing to commit to the first 30 days that come with the box purchase, or as is the case with free-to-play (F2P) MMOs, not willing to put any money down. There are also the fact that multiplayer titles aren’t that unique anymore, with consoles offering the same kind of services that you can find on PCs.

MMOs really have taken it from all sides.

The Old Guard Are Dying Out

Companies that were once the leaders in MMO development are all but disappearing.

Turbine has been hit with layoffs and has also stopped development of its Asheron’s Call and Asheron’s Call 2 titles (although the servers will remain open for now). As a studio it doesn’t have any apparently new MMOs in development, with attention instead focused on the existing Lord of the Rings Online, Dungeons and Dragons Online and its massively online battle arena (MOBA) Infinite Crisis.

Funcom sees its revenues continue to decline over time, listing older MMOs like Age of Conan and Anarchy Online as its major revenue sources. Its latest release, The Secret World, failed to meet revenue expectations. Funcom does have a new MMO in development – the LEGO Minifigures Online MMO.

A screenshot from Warhammer Online. MMOs seem to be the only game genre where developers are almost certain to see their first title achieve greater success than their second. Usually experience makes things better. (Image Sourced from: Frictionless Insight)

Mythic Entertainment has seen a side studio spin off it and take control of Dark Age of Camelot and Ultima Online. Warhammer Online shutdown late last year. This leaves Mythic with only the mobile platform titles of Dungeon Keeper and Ultima Forever – neither of these are MMOs. Mythic appears to have no new MMOs under development.

Sony Online Entertainment (SOE) has seen layoffs and recently shut several of its MMOs down. EverQuest Next is currently under development – probably the best known attempt of developers trying to solve today’s MMO ennui by throwing Minecraft at it.

Blizzard hasn’t yet formally announced Titan, having rebooted this MMO last year. World of Warcraft continues to be the market leader in the West, even if numbers are down compared to historic levels.

CCP is apparently doing fine with EVE Online, but its ‘new’ MMO is World of Darkness, a title that seems to go nowhere and continually sees staff dropped from it. DUST 514 seems to have been a non-starter of a title and it isn’t clear what else CCP might have in development.

EA might keep the servers ticking over for Star Wars The Old Republic, but it appears to have no stomach for funding new MMOs after seeing several of its MMO titles flop on launch. It also owns Mythic (see above).

NCsoft, publisher of many MMOs, seems to have almost entirely lost interest in the North American / European MMO market. They haven’t announced any kind of English localisation date for Blade & Soul, despite launching versions in other languages. And as for Wildstar…

Looking at this, the money isn’t going into new MMOs. Consider the “big ticket” MMOs that are due out in the near future:

Outside of Destiny – which had the biggest non-event of a title launch imaginable, leaving gaming journalists scratching their heads over what they could write about – there haven’t been any major new MMOs announced as in development for about two years. The MMOs that are coming out now were started during much more favourable times, while three of the four above rely on existing franchises to get players interested (i.e. Elder Scrolls, EverQuest and Halo… well, Halo-esque from Halo’s developers).

Wildstar appears to be the exception, but overall opinions about it (and about The Elder Scrolls Online) appear very mixed. Unless Wildstar can capture new players willing to pay for what they can get elsewhere for free, the same cycle of big launch followed by rapid decline and then transition towards some kind of free-to-play is going to happen.

The new MMOs that have been announced, that have sought Kickstarter funding, have all been smaller, much more contained affairs (except for Star Citizen, but then “except for Star Citizen” should be a pretty common point in any discussion that mentions that title). Or they’ve been localisations of titles developed in mostly Asian countries.

The well appears to have dried up. World of Warcraft numbers appear to have been a terrible illusion that led many titles to a their fate as sun-bleached bones in the desert of dead games. It’s much cheaper to fund the development of a MOBA or a Diablo-like online game than create a ‘true’ MMO (especially since players aren’t exactly excited about ‘true MMOs’ anymore).

To Sum Up: Death, Doom, Despair

MMOs just don’t have what people are interested in any more, or at least not interested in the numbers to justify large investment in projects that require large investments for success. I’m certainly not saying that overnight every MMO is going to shut down, just that over time the lights are going to slowly go out one by one, potentially replaced with much dimmer bulbs.

I have no solutions for this particular industry malaise. MMOs may rise again at some point in gaming’s future, but for now, it’s a sector that is falling away, replaced by faster and cheaper competition.

To paraphrase a possibly overused literary reference: look upon these works, ye Massively, and despair.

9 thoughts on “Things Fall Apart; The Centre No Longer MMOs”