A number of things happened this week in the realm of superhero MMOs. Knowing how much I can write on about things, I’ll try to keep it brief.

Oh, so childish. But anyway: Chris Cao was rumoured to have left DC Universe Online on DCUO’s own forums, so it would have taken a second for Sony Online Entertainment to post a rebuttal. They didn’t, which suggested some truth to the rumour and it was later confirmed when Mark Anderson was announced as DCUO’s new Game Director.

Regardless of why Cao left, Anderson and team have a lot of work to do in pulling a player base scared off by Sony’s network problems and DCUO’s own issues back to the game.

The Power of Flight And The Pull of Gravity

NCsoft released their Q1 2011 figures, showing City of Heroes / Villain’s worst quarterly revenue result ever. Again. It earned 3 055m Won (US$2.7m), which is down 3% on the previous quarter and 7% for the same time last year. With this, CoH/V continues an extended downward trend that sees them likely have in the mid-60k active player range. 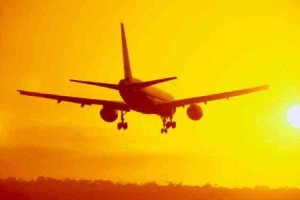 CoH/V may indeed be flying off into the sunset at this point.

NCsoft is a company that will axe a title the second they decide it doesn’t have a profitable future and without a boost of new / returning players CoH/V’s future doesn’t look that bright. At best, it will see a period of extended ‘maintenance mode’ that cuts development costs while revenue continues to trickle slowly downwards. I’ve wondered if Issue 20 was going to be CoH/V’s last free issue; probably not, but the features in future issues are likely to get more and more spartan.

As for CoH/V 2 (or even Paragon Studios next project)… I’d still love to see it, but at this point I’m not holding my breath.

Atari surprised quite a few with the announcement that they were accounting for Cryptic Studios as “discontinued operations”, meaning Atari were in the process of cutting Cryptic out of normal operations. Cryptic is either going to be sold to someone or shut down (or re-absorbed into Atari, but that’s less likely). 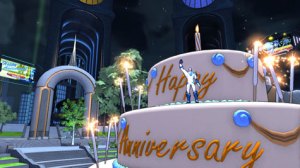 I wonder how many more of these will be seen in Champions Online.

There was some “good riddance” bleating from the usual suspects, but I can’t see the loss of Cryptic Studios as good in any way for the MMO industry. The death of a studio doesn’t necessarily clear room for new and better MMOs; it can have the effect of reinforcing the conservative view that MMOs only succeed if you follow a very narrow formula.

Plus I find it difficult to work out if Atari even knows what it is up to. In the previous 9-month revenue analysis, Cryptic was appeared to be the bulk contributor to Atari’s €18.4m (about US$24.5m) in online revenue, but the full-year result recorded only €11.1m (about US$16m) in online revenue. Where did that extra money go? Cryptic has also gone from one of Atari’s main revenue generators to a section they want to get rid of, which also seems odd.

It’s also interesting to note that Cryptic earned €15.9m (about US$22.6m) for the full year 2010/11 – this is actually more than Paragon Studios earned over the same period (about US$13.4m). Although still not great money for a MMO studio with two titles launched, it suggests they have a decent revenue stream (although what happened when Champions Online went free-to-play is anyone’s guess). 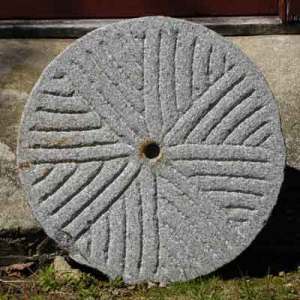 Flavor Flav would avoid having this on a chain.

The millstone around Cryptic’s neck would appear to be its net losses – it lost €5.3m (roughly US$7.5m) for the full 2010/11 year and lost money the year before as well. This is a negative thing, but a big question is around exactly what is being factored into those losses. Losses on paper don’t always reflect the financial reality of a company.

It also has to be remembered that Cryptic is working on at least two new projects – Neverwinter and an unannounced one for Atari. Both are expenses without revenue, which would certainly add to Cryptic’s losses.

It’s also interesting to note that despite these losses, Atari stills seems to value Cryptic (its “current assets classified as held for sale”) at €42.3m (roughly US$60m). Given that Atari wants to sell Cryptic, they’ve probably aimed high to start the bidding, but that’s not the asking price for a failed studio that is about to die. Some have claimed that Atari are doing this for a cash injection and / or something to make their books look better, but it should also be recognised that Cryptic is making a loss while the US$ is weakening against the Euro, making it less and less attractive to hold onto.

We’ll see how things roll out, but I can’t think of a MMO- or game development studio who would want to buy Cryptic for full price if they thought they could get it cheaper if it crashed and burned. Or wouldn’t be better off if Cryptic shut down and reduced the competition in the market place.

One thought on “It’s Been An Interesting Week”