Following on from my previous post, it turns out an Sony Online Entertainment guarantee is not a guarantee at all. The DC Universe Online PS3 beta didn’t launch on November 30 – it is still coming “soon” – and numerous PS3 players were left wondering what was going on until a very late-in-the-day Facebook post saying that PS3 players would all be sent PC codes instead (assuming the player hadn’t done something wrong, of course). There was also the curious suggestion that if the PS3 preorder player couldn’t use the PC code, they should give it to someone else because “any friend of yours is a friend of ours!”. I’m not sure that really sets things up for ironclad NDA protection.

It really has been a comedy of errors. A lot of player angst has been caused not through SOE delaying the PS3 beta launch, but by the way they’ve handled themselves around that delay. 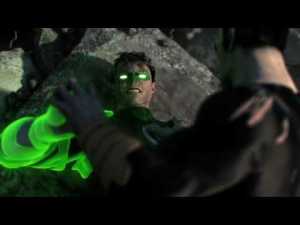 Who do you trust? Not SOE's assuarances, apparently.

Lets start by looking at the groundwork of this problem, which SOE laid themselves. When DCUO was delayed from its November launch, SOE immediately launched it’s pay-for-beta program that motivated players to preorder the title by November 15 in order to be guaranteed / assured beta access by November 30. Yes, it says “assured” in the original press release. That’s some pretty unambiguous language.

In the wake of the PS3 beta delay, SOE Customer Service reps have appeared and, without irony, stated that tying beta access to the preorder was “not a ploy to boost pre-orders as you can easily cancel those”. Putting aside the issue that if it wasn’t a ploy to boost preorder figures why tie a limited time beta offer to it at all, the net result has been DCUO attracting very healthy PS3 preorder numbers. Going by VG Chartz Americas Preorder chart, in the week ending 30 October (so the week before DCUO was meant to launch) it has less than 37 000 PS3 preorders. For the most recent figures for the week ending 27 November (so just before the PS3 beta was “assured” to start) these preorder figures had risen to a shade under 60 000 preorders. The preorder / beta link appears to have been very good for driving PS3 players to preorder… and now SOE has failed to deliver on that November 30 promise. (PC preorder numbers aren’t publicly available as far as I know.)

Not a great way to start courting your PS3 player base. It’ll be interesting to see how many preorders are cancelled as a result of this. And the thing is players can still cancel their preorder but still have an active beta entry on their account, since I know SOE isn’t calling up GameStop to check preorder receipt numbers.

You Pays Your Money…

Having created a time sensitive pay-for-beta situation, SOE failed to deliver on it. If SOE had said, “We are starting our PS3 beta on November 30” and not collected money from players who wanted to get in, then it would be a different situation. A free beta is delayed? Room from some griping, but par for the course.

A paid beta, where players have potentially coughed up the full price of the game months in advance of its actual launch on the assurance of getting into beta on November 30? A very different story.

SOE is currently running with the “PS3 beta is coming soon” line without being specific about a date. This encourages people to not cancel that preorder – it is coming soon, right? – and has the benefit that if you repeat it enough times, it becomes true. ‘Soon’ is a relative term, after all.

... if you have a time machine and can travel back a month to before November 15, you can still take advantage of this offer!

Another critical failing was not informing the PS3 preorder community that the PS3 beta was going to be delayed until after SOE had missed the date. DCUO has a website (one that still has “Turn your pre-order into a legendary opportunity!” as the first item despite it now containing outdated information) that they don’t update and a Facebook page that is being used as the main communication channel.

I completely accept that delays happen. However, when an online game company promises something and then – possibly due to factors beyond their control – can’t deliver, they have to go public and go early. They have to apologise for the delay and take the lumps that will come, not initiate radio silence and let player speculation take off. The majority of people will accept an “we’re sorry it is delayed” message before the due date but take exception to a broadly worded “We appreciate your business and if you are a valid customer we will send you something soon” message after the event.

The thing is that if SOE thought that the PS3 beta was going to be delayed, something should have been said before due date. If SOE was working to crank the PS3 beta up at 11:59pm on November 30 as a last gasp to meet public statements, they’d already set themselves up for failure.

The other communications issue here is SOE’s front line customer service staff not having the information needed to do their job and therefore feeding different stories to different people. SOE is an online gaming company and should realise by now that all those different stories get collated online and thrown back at them.

Everyone makes mistakes and, given time, they are possibly forgotten.

One thing that strikes me is that SOE is even making these kind of mistakes. They’ve done MMOs before. Arguably as a company they have more MMO management experience than any of their competitors. I do understand that people move on and experience can be lost, but SOE is a big company. Someone should have some idea of what to do in these situations, with “say nothing” being crossed off the list.

SOE is also an online company, with multiple communication points. That they only update their official website with fluff (and for me, the Twitter feed is broken on their front page as well) is a big missed opportunity, given the official website should serve as a key font of information. The Facebook page should be an add-on to the communications strategy, not the hub of it. Facebook doesn’t have the tools to manage a community (and the page itself is testament to the idea that people will still act like jerks online even with their real name and picture next to their comments).

I’ve always ignored the “SOE is just incompetent” meme that you often see around MMO fansites as bluster. Unfortunately, this kind of behaviour is making me rethink that position.

You Can Trust Us Next Time

Mistakes like this also call into question the reliability of other statements made about DCUO. After all, if PS3 players can’t get into their beta by an “assured” date, why should I trust the dev’s ability to deliver the promised monthly content? The separation of game play and cash shop? In fact, any other guarantees they make?

Console MMOs may be hard, but screwing up community relations and marketing is incredibly easy. Getting either wrong can have exactly the same consequences – you lose your player base.

2 thoughts on “DCUO PS3 Beta: A Masterclass of Marketing Mismanagement”