… NCsoft wasn’t interested, according to a former Paragon Studios developer. (I’m not naming the developer in order to offer the weak shield of protection against what could be a Legal Hammer of Enforcement + 5.) Work had been done on CoH/V 2.0, but without NCsoft’s willingness to support it, Paragon Studios wasn’t able to get too serious about developing this title for launch. 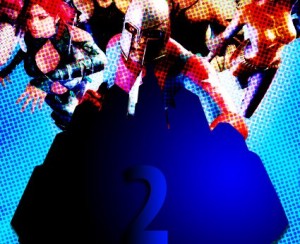 You were so very, very wrong, Kyle.

CoH2.0 had been viewed – at least at the point this developer had been involved – as an evolution of CoH/V, not a completely separate title. CoH/V characters could have been imported into CoH2.0. It would have served as a fresh start that removed a number of problems (especially in the combat engine) from CoH/V while also building on the title’s existing strengths.

But NCsoft wasn’t willing to invest the money or backing required to do this. (This is pure speculation on my part – not that it has ever stopped me – but I don’t believe NCsoft Korea HQ never really understood the appeal of CoH/V. The Korean version, City of Hero, had bombed badly. As NCsoft Korea took tighter control over North America / Europe-focused NC Interactive, this lack of understanding resulted in less flexibility for Paragon Studios to develop other titles.)

So what else had Paragon Studios been working on? Another super-powered being MMO set in a modern world, but much darker than CoH/V and more towards something like The Secret World. That was scrapped. Then there was a more recent Unity-based Minecraft-like game spread across separate islands. Also scrapped.

In the views of this developer, there appears to have been a widening gap between what Korean-based NCsoft wanted from its MMOs and what Paragon Studios was looking to develop. The two different ideologies weren’t matching up. And as a 100% publisher-owned studio, Paragon Studios really didn’t have much leverage to go its own way.

Add in declining revenues and this is how we got from there to here.