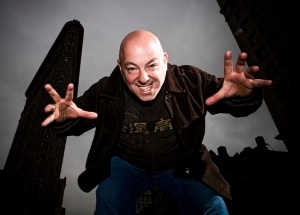 Following up from a previous post, the lead writer for Gazillion’s Marvel Universe Online will be written by the prolific Brian Michael Bendis, as expected. What also came out of the event was that the game will be free-to-play, players will play as existing Marvel characters rather than building their own and players will also replay previous events from out of Marvel comics.

This all seems just odd upfront – not being able to create your own character? Replaying fixed events? – but it is something that will make MUO stand out, if it works. Perhaps being able to play as Speedball will see player numbers swell beyond all reckoning. MUO is still probably over a year away from release, so there’s plenty of time to find out.

I was also surprised to see news that Gazillion’s Super Hero Squad Online launched, pretty much without any kind of advance notice that I saw. I’ve been watching the game, keeping an eye out for news, trying (and failing) to get into the beta and I didn’t see any news anywhere suggesting a launch for this title. In fact, it was only a skim of my RSS feed that meant I saw the article.

It might be F2P, but launching without any kind of build up – even a few press releases the week before – seems like an completely avoidable PR sin.