The following thought occurred to me in viewing the seemingly back-to-back articles about The Secret World going buy-to-play (B2P) and Amazon knocking 50% off the box cost of TSW (if you live in the USA).

The Rabbit Hole (Caution: You May Be Entering Watership Down) 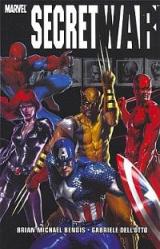 If you are working in an industry where box cost and subscription fees (plus maybe a cash shop) are the standard ways of generating revenue, having a payment model that cuts out the subscription fees while offering the same kind of services is very attractive to potential players. Going back a few years, when almost every western MMO required you to buy the box then pony up $15 a month, a title like Guild Wars (IT’S A MMO-LIKE RABBLE RABBLE) that only required you to buying the box (and then the fully featured expansions) to play stood out.

But contrast that to today, when the vast majority of western MMOs are forced into hybrid payment models brought to you by the letters F, P and the number 2. Under that approach, the cost of the client is $0 upfront, the price of the subscription is optional and cash shop prices are variable. Suddenly the B2P model isn’t nearly as attractive – you’re locking players out until they give you $30 while your competition lets them in for free. Your gaming studio is still heavily focused on putting enough into the cash shop that your players will generate you some kind of regular income, just like a F2P studio, but you are getting fewer trialists through.

If your studio wants to generate significant revenue again under the B2P approach, your options are 1) cash shop, and be accused of ‘nickel and diming’ your existing player base and 2) release another box expansion, which is expensive to create. Funcom have already announced that they will release periodic DLC that players will have to pay extra to unlock. The first one is $5 and will be released in January – full accounts will have it unlocked for free. I’ve seen a lot of people mention that they’ll give TSW a shot now it doesn’t cost anything to subscribe, but not much comment has been passed about the cost of that new content. 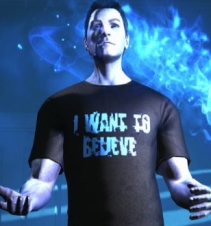 I might want to believe that TSW is going to rise, but I’ve got no faith in the MMO industry at this point in time. There are too many competitors and players offered too much choice for there to be much chance of a bounce back, especially under a B2P model.

But there’s the rub: in the player’s mind, they’ve bought the box and given you their money. When Funcom starts going further down the DLC path, I expect a lot of criticism to be levelled at them by players who paid upfront for the title and now resent being charged further for content micro-updates. (Especially if they think the DLC isn’t worth paying for.)

Funcom seems to be in a weak position here – they are still having to promise free content because that is what they promised their subscribers they’d get (who may have spent $60 on the box and $15 x 5 months), but now the B2P customers get all the benefits to date at a high discount (i.e a single $15 box fee). If Funcom stops releasing that free content or decreases its release frequency, they are going to turn off those previous subscribers and also potentially those who are now considering the $15 a month Membership option who won’t want to pay a monthly fee to get less than is currently being dished out in return.

B2P also requires new free content to keep players coming back. If TSW is having trouble keeping players now, simply removing the subscription cost but replacing it with a DLC cost to see the new content isn’t going to attract the masses because they still have to buy the box to begin with and then will be slugged even more.

Everyone loves a sale. Especially these guys.

And it gets worse. Gamers today are increasingly being trained to wait for the sale – the (seemingly constant) period when the ‘full’ box price of the title is discounted and bargains can be had. So that $30 guaranteed revenue from every new player gets cut further. Right now you can buy TSW and play it forever at the same cost Funcom used to charge for one month. Plus the box price is only going to go down over time. Which again leaves the cash shop as the best source of regular studio income, but it’s been saddled with that box cost before players can splurge on costume pieces.

This leaves B2P as almost the worst of all worlds: less dependable revenue than subscriptions, less attractive to start playing / trial than F2P, requires cash shop purchases which some players loudly dislike and players will delay trying it out until the box goes on sale which can depress revenue further.

None of the above means that B2P is completely out as a workable payment model, but you have to really think about what is being offered to make it work. In TSW’s case, they seem to have chosen a particularly bad option for B2P – all the hallmarks of the F2P hybrid payment model (i.e. comes with a $15 Membership option, cash shop and paid DLC releases) but stuck with a box cost, thus reducing the number of players who will evaluate the game. But I think that what was unique about B2P – not having subscriptions while still offering players a high value experience – has also been eroded by proliferation of the F2P model in the west. For a B2P approach to work it in today’s market it would have to offer something interesting and I think that TSW has failed to do this.

I still believe that TSW will announce some sort of completely F2P option, probably once the full reaction to the January DLC has been measured and players object to having spent money on buying the box and then being asked to play extra to get the new toys. Ultimately that’s the answer I think Funcom should have arrived at, rather than going B2P hybrid now and then having to embarrassingly switch to F2P within the next 12 months.

15 thoughts on “The Secret World: Buy-To-Play Isn’t The Answer”