Another day, another Kickstarter in the gaming “press” (which loves it, let’s be honest – it’s super-easy content to write regardless what happens). What caught my eye about the Embers of Caerus Kickstarter is that it is so that a group of 50 volunteer, amateur developers can develop an investor prototype that may eventually be turned into a MMO. Said proposed MMO will be sandbox and has a features list and vision statement that is pretty much the wish list of every armchair MMO designer that will tell you how terrible Trammel was without understanding why it was necessary.

I’ve bolded investor prototype because, just like with the Pathfinder Kickstarter, it also seems that Embers of Caerus is more interested in the number of backers than the dollars. It’s about proving a business case and market interest – after all, if they have 50 people committed to the project, self-funding $25k would be doable (and I have to assume that the $25k covers the Kickstarter / financial fees, the cost of the rewards plus the middleware licenses and development fees the money is meant to go to, so it is actually more than is required if the development team was only buying the licenses). Yes, the money would help, but as they indicate in the video, if they failed to raise the money, they’d continue regardless.

I also wonder about which software licenses are being bought with the $25k – maybe I missed it, but didn’t see that particular information listed. 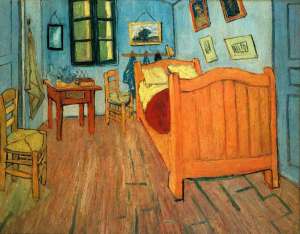 I certainly don’t go for the idea that you should starve for your art, but asking for the crowd to fund your chance to convince other people to give you money strikes me as off.

Things are on track for Embers of Caerus to make their Kickstarter target, and I’ve got no doubts they’ll make it. I’m not really convinced that a few hundred backers – maybe even one or two thousand – is enough to get investors excited enough that there will be a real market for the game (or indeed that there is really that big a market to play what will be developed, should it ever actually go live). Nor am I convinced that asking people to Kickstart a demo so that you can convince investors to give you the money you actually need to develop the game is a particularly healthy way forward.

And that whole 50 volunteer developers idea sounds great until there’s a falling out about the direction of the project and a group pick up their ball and go home, badmouthing the rest as they go. I don’t doubt the team’s earnestness, but in going through Kickstarter they’ve opened themselves up to public expectations moving forward. Pressure and money does odd things to people.

So, yes, I’m still cynical about Kickstarter when it comes to video games, especially when the money is funding only the very first step in a very long, high risk process.

2 thoughts on “Embers of Caerus: If I’m Snarky About Kickstarter, At Least I’m Consistent”