In my previous bit of armchair expert analysis on 38 Studios current situation I ended with the statement that the “financial maths” hadn’t been done correctly, or had been ignored. But then I thought that may not have been clear what I meant.

I’m basing these charts predominantly off this article’s timeline showing when 38 Studios had to deliver on specific full time employee targets in order to get those milestone payments they were promised by Rhode Island’s government. Now, this timeline may be wrong or outdated, and the article mentions that there are actually two different agreements in place with 38 Studios that may not match up, but in terms of the principle behind what I’m looking at I don’t think that matters.

Also, I’m assuming no variability in 38 Studios employee numbers, other than 1) they had 94 full-time employees (FTE) going into the deal and 2) on the day they needed to hit a milestone, the full extra FTE contingent showed up.

Chart 1 shows the amount of “income” that 38 Studios would get from Rhode Island (in blue) for hitting those FTE targets and / or moving the studio to Rhode Island.

Chart 1: The money is in blue and the employee count is in red. (Click to enlarge)

Pretty simple – in October 2010 38 Studios got US$13m up front from the deal to move to Rhode Island, and then another US$9m for announcing when it is making the move. You can see how FTE employee numbers ramp up over time. One key thing to note is that US$16.1m in December 2011 has two parts – a US$3.1m payment for having over 250 FTEs and a US$13m payment for meeting all previous milestones.

Next, let’s look at the cumulative impacts of these figures – the cumulative amount paid to 38 Studios and the cumulative cost of having that many FTEs (assuming the cost of $10k per employee per month as discussed in my previous article) plus loan repayments (roughly $560k in May 2011, the US$1.125m in May 2012 that sparked all this interest and a planned US$2.6m due in November 2012).

Chart 2 shows us that although the loan “income” received by 38 Studios gives it a big buffer up front, they would have received their last major payment in December 2011. From that point on (at least in the timeline I’m showing in the chart) they only have the employee costs eating away into their capital until a title is launched and revenue can be generated from another source.

Such as when 38 Studios releases Project Copernicus in September 2012. *cough*

But that’s okay, because at US$62m it looks like all that money wouldn’t be spent before (at the estimated rate, anyway) April 2013.

But media reports indicate that 38 Studios has only received around US$50m to March 15, 2012. It would appear very possible that the US$13m for meeting project milestones wasn’t paid in December 2011 (well, the numbers work out anyway, so let’s run with it):

Chart 3: What happens when you get US$13m less than you expected. (Click to enlarge)

Suddenly the loan “income” is all gone by the end of 2012. The cost of operating a huge studio – and a huge studio that was created in order to get the US$75m loan with incentives paid to keep the studio growing – has consumed US$50m in roughly two years.

Also note that Project Copernicus’ new indicative release date is June 2013, which (at the current estimated studio operating costs) puts expenses a long way over the amount Rhode Island had invested to that date… and that’s BEFORE 38 Studios has to seriously start paying back the loan in 2013.

The above is a conservative estimate, given that it doesn’t include large one-off costs such as setting up the studio in Rhode Island, investing in office equipment, paying bills etc. All those costs add up… and given that 38 Studios is apparently having troubles making payroll, they already have.

So what’s my point? That chasing 450 local jobs in order to get that US$75m loan from Rhode Island appears to have been a key cause in the current problem. I’m sure 38 Studios thought they were getting a good deal – lots of investment, no publisher to tell them what to do, plus they were getting paid to grow – as did Rhode Island – here comes a new, sexy, financially attractive industry that will create jobs – but the current situation shows the error in their thinking.

Big, one-off payments are attractive, but every one of those hired employees has ongoing and continuous costs associated with them. It may have made more financial sense (but would likely have had political ramifications) if 38 Studios had not hired as many people and just paid the $7500 per vacant position per year penalty. 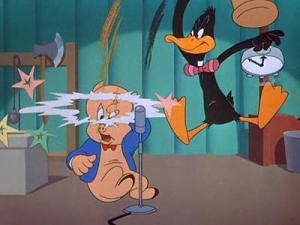 Paying the penalty hurts, but sometimes it is better than the alternative.

It would have kept costs under control, plus it is hard to know what those extra 125 employees have achieved given that Project Copernicus’ release date has slipped 9 months despite its employee growth.

Economics is sometimes about the alignment of incentives to achieve the desired behaviour. It looks to me like Rhode Island, in its eagerness to start a new industry, has ended up incentivising 38 Studios (and 38 Studios happily took that money)  onto the brink of its own destruction.

5 thoughts on “38 Studios: Incentivising Your Own Destruction, Plus Hot Chart Action!”