… for its employees working on Star Wars: The Old Republic anyway. 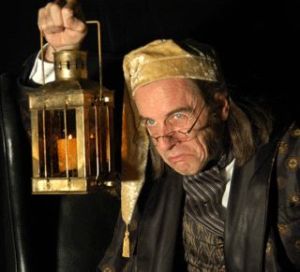 "Thanks to all SWTOR developers for making it to this meeting. We're now going to turn over to our social coordinator Ebeneezer who will tell you about our exciting holiday plans for you all."

With the announcement that SWOR is launching December 20 (US) / December 22 (EU), EA BioWare have basically put the SWOR team (and related infrastructure teams) on the crunch to launch on pretty much the last possible date of this year. But MMOs only really start on launch day, so the entire team will be working feverishly to keep the servers up and running, as well as dealing with other player issues, right through Xmas Day and the New Year period.

SWOR is too big to fail, so it will be all hands on deck. Those grunt-level devs with families can always tell their kids “Merry Xmas!” via Skype, and it’s a good thing the Irish don’t celebrate Xmas that much.

It’s all supposition, but its likely the interplay of a number of factors that sees SWOR launched just days before Xmas:

As an interesting post-script: it was less than a week before this launch announcement that Eric Brown, EA’s Chief Financial Officer, was making the comment that “we haven’t given a street date [for SWOR’s launch] yet [and] we won’t do so for some time, possibly at our next upcoming earnings call towards the end of October”. Was Brown completely left out of the loop about SWOR’s launch date? Was it only decided that week? Because if he knew, it would have been easy to say “we haven’t given a street date yet and are still considering the optimal launch window” or something as vague as that, not “we’ll talk about it again in October”.

SWOR is EA’s biggest, most important project right now. It would be an interesting insight into EA’s politics if their CFO isn’t being kept aware of what is happening with this title.