With the Q4 2010 earnings release from NCsoft around the corner, now’s the time to take a look at how City of Heroes / Villains did with the launch of its first paid expansion in a long while, Going Rogue. If I wanted to hedge my bets, I should wait for the Q4 2010 release because it is safer… but then I’m not that smart.

After playing CoH/V since launch (or so), I quit the title with the launch of Going Rogue on the grounds that I was getting bored with the game. Feel free to dismiss the following as some kind of embittered rant or something that suits your particular view of CoH/V.

No Gambits, Only Rogues

Going Rogue launched on August 17 2010, right smack in the middle of Q3 2010 in a US$30 version (just the expansion) and a US$40 version (the expansion plus the full CoH/V title plus some bonuses). This is the heavy driver behind CoH/V’s Q3’s revenue result lifting 64% to 5 709 million Won, or around US$4.97m (converted from Won to US$ using the exchange rate on the final 28th day of the quarter – take a look at previous links for more info on why).

This is the most quarterly revenue that CoH/V had earned in over a year.

I’m only showing confirmed subscription numbers here, as per NCsoft’s quarterly reports, with US$ revenue taken from the M Won earnings. (Click to enlarge)

So, is this a good result? From an overall revenue point of view, it is – companies always like to see those figures go up. However, it isn’t really that big a spike for what was meant to be CoH/V’s major release of that year.

For one thing, CoH/V’s revenue target for 2010 was 19 000 million Won. The sum total revenue for Q1 to Q3 2010 is 12 548 million Won, meaning that Paragon Studios would need to earn around 6 500 million Won (or US$5.6m) in Q4 to hit that figure – more than was earned in Going Rogue’s launch quarter. This could have been the reason behind the $1 per emote Party Pack that was launched soon after Going Rogue. 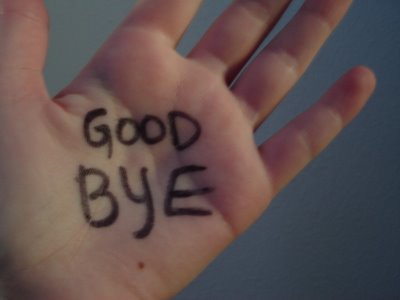 Castle at least got to say good bye though, as did theOcho.

Secondly, Q4 saw Paragon Studios first set of lay-offs, while some other developers there have also headed off during that time. Whether that is the first sign of budget cuts or just some of the more visible Paragon Studio devs heading off in short succession isn’t clear, but it isn’t a good look.

Finally, it really doesn’t seem that CoH/V is actually adding that many new players to its forums. Back on November 22, 2010, CoH/V’s forums officially got its 170 000th member (I was going to record the moment, but it happened when I was asleep). Today, it is up to 170 689 members, or an average of slightly over 8 new accounts per day since then. Not everyone who signs on to play CoH/V is going to create a forum account (and yes, exited players may re-sub that won’t impact on this number) but new forum accounts are a way of seeing how much ‘new blood’ is entering a game community. In CoH/V’s case – and following a major launch – it is a slow trickle. (As a point of interest, here is the earliest CoH/V post I can find that records the number of forum players – 161 342 on 6 August 2009.)

But How Many Players Does CoH/V Have?

Expansion launches throw out the guesstimate maths – not every CoH/V player bought Going Rogue, some paid US$30 for it, some paid US$40 for it – so I feel it is too rough to even take a swing. But the overall impressions suggest that Going Rogue was better at enticing back exited CoH/V players rather than attracting completely fresh ones … and even there performance wasn’t as strong as had been hoped. How many of these players stuck around after completing the relatively short Going Rogue Praetorian content and waited for the Incarnate system to unfold is what the Q4 2010 earnings report will show in the (probably) next few days.

To stick my neck out a bit, I think Going Rogue’s launch is going to be a short puff of positivity on what is a longer-term erosion of CoH/V’s player base. Some will likely disagree, stating that CoH/V’s servers are going very well, thank you, but I’m expecting to see Q4 2010 revenue to indicate that CoH/V’s population isn’t much past the 70k – 80k mark at this point.