One rough sign of company health in this modern age is the state of their website, notably how often it is updated. This is especially true of companies in the technology space, like Cryptic.

Of note is that their Executive Team page is wildly out of date (alterations are mine): 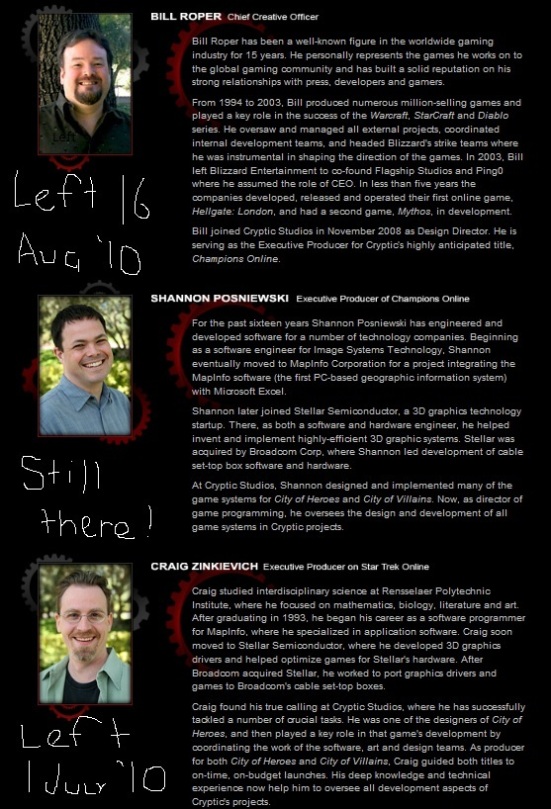 It shouldn't take over a month to alter a web page.

Craig ‘Zinc’ Zinkievich announced his exit in early July while Bill ‘Chronomancer’ Roper said goodbye in mid-August. As far as I know, both have left the company entirely, with Zinc being replaced by Dan ‘dstahl’ Stahl (who might not want his picture on the website, but such is the burden of being an executive).

It’s a simple fix and it looks bad that it hasn’t happened yet.