A brief overview, without much thought to the exceptions that exist and using screenshots from Shadows of the Damned to illustrate:

Male monsters in survival horror video games are big and vicious, covered in various attachments / appendages that hint at the terrible torture awaiting any player who dare cross their path. This is Shadows of the Damned’s quite masculine Electrodemon.

In a sign of the times, he's actually solar powered. 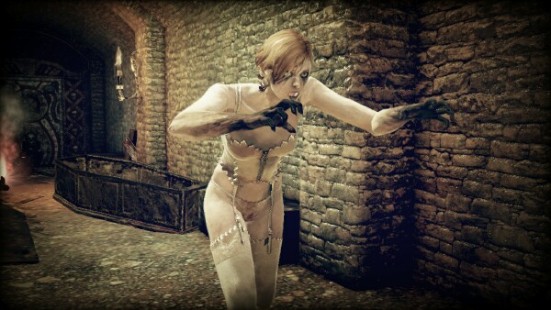 I honestly hate to point it out, but it kinda looks like she needs a fresh tampon.

For the female monster to actually be threatening, she’ll likely need to destroy her female form so that the player ends up fighting something asexual.

Feel free to refute me with examples from other titles. (The Queen from “Aliens” springs to mind as something both recognisably female and also terrifyingly proficient at brutal murder, so there’s one.)

3 thoughts on “A Brief Study in Gender-based Appearances of Survival Horror Monsters, cite: Shadows of the Damned”