An event of mixed importance is happening on Thursday: Gazillion and Marvel are going to announce the main writer of Gazillion’s Marvel MMO project (which I’ll call Marvel Universe Online, or MUO, for simplicity). 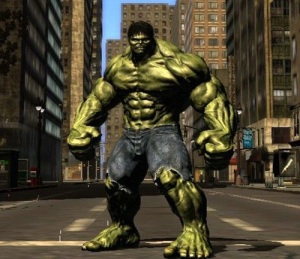 Hints are being given out if you are subscribed to the right twitter account (which I wasn’t), but the early favourite seems to be Brian Michael Bendis, who sometimes seems to write all of Marvel’s comic-based output anyway.

I said this announcement was of ‘mixed importance’ because to Gazillion / Marvel it is a great PR piece so they’ll want to get it right, but for the end player it is practically meaningless.

Looking to DCUO, having Jim Lee involved added a lot of easy fanboi credibility to the title, getting people excited despite Lee’s role being related more to concept art and broad universe flavour. I remember reading comments from fans saying, “Jim Lee’s involved and he won’t let bad stuff through,” which overstated Lee’s influence in the project and also ignored Lee’s own project history.

Geoff Johns and Marv Wolfman were also involved in the story side of DCUO, but it is important to note what they did. As Wolfman indicates:

“Geoff Johns had already worked up the Brainiac spine for the game and the concept of Luthor from the future. I was called in to work on the individual missions that would further add to the DC flavor of the game. To make sure that every mission felt like it could be something out of a DC Comic. I wrote God knows how many mission concepts which the Sony folk took and expanded into even more missions. Together we all made the game as DC-centric as possible.”

So, Geoff Johns wrote the overall meta-narrative, then Wolfman wrote mission outlines that were actually developed and implemented by Sony Online Entertainment. That’s the important part – the writer has a limited influence over the play experience. I don’t think Wolfman literally wrote, “In order to get to Bane, the players must kill 15 Bane henchmen in one mission”; it’s a lot more likely that is an SOE developer decision.

DCUO’s missions were generally well written, but relied heavily on bare bones kill X minions / collect X items / do a task X times format that left them unengaging. (The use of full voice-overs and name actors probably also made them a lot more expensive compared to other MMO titles, but that’s a separate issue.)

Which is why  the ‘celebrity who’ behind MUO is fairly meaningless. Bendis may simply write an overall meta-narrative (hopefully one that doesn’t involve an alien invasion) and walk away, or he may go as far as writing out various mission concepts, but in the end what the player experiences is completely in the hands of the development team.

We’ll see if this is purely a puff event, or any other MUO announcements that relate to tangibles are made.

2 thoughts on “Gazillion’s Marvel MMO: As Written by Bendis?”