Video games are often filled with incredible journeys, near-impossible achievements and epic quests. It’s part of their appeal. And then you have the missions in the game that got signed off at 6pm on a Friday evening because everyone wanted to go home.

Assassin’s Creed 3 has a Homestead Mission called ‘Silk Errand’ that falls firmly into the latter class. 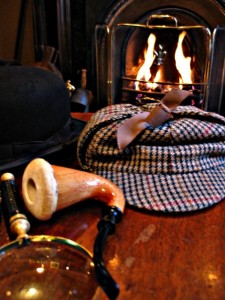 It’s not like this at all. (Image sourced from: Wikipedia)

Having invited seamstress Ellen to your fledging community, the first task she sets you is to recover the bolts of silk she left with her awful husband back in New York.

Okay, no problems. Arriving in New York, you send Connor to the marked location, where Ellen’s ex-husband is drunkenly stumbling around harassing passers-by for news on his wife. Seeing Connor the husband… runs away.

Okay, that’s fair enough and he shows more brains in that moment than 90% of Connor’s potential opponents.

So you’re left trying to find the silk. You’re told to find the empty crate, which is on the other side of a fence. ‘Analysing’ this clue, Connor’s mystic Assassin Sense sees through time to when the husband found the highly valuable bolts of silk.

At this point, I’m seeing the next steps as having to chase the husband, or tail him until he leads you to his stash, or having to go a shop and barter for them, or something that would make me feel appropriately badass Assassin.

Instead, the husband throws the bolt of silk over the fence into the yard you just came from. Returning that yard, you can see the bolt of silk lying there, apparently completely missed by Connor’s eagle eyesight the first time despite walking right past that spot.

Great detective work there Connor. It’s my second favourite bit of useless errand-ing in this title, just behind Norris’ “women, how do they work?” Homestead storyline.

A video of the mission is below.