The complete lack of recent updates comes from me deciding to game rather than blog when I have the spare time. That Xbox Live throws free games at me every month means that I have a steady supply of titles on top of my existing backlog – a situation that actually means I’m buying fewer games, yet the backlog grows.

Games finished since the start of the year:

Yes, Saints Row The Third had a lot of outlandish bits, but I didn’t really see much satire / parody in it. My expectations may have been wrong. (Image taken from: WayfaringWalfus) 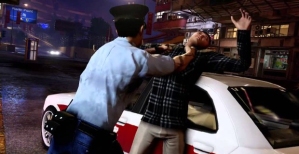 In the Year of the Snake DLC, you may be dressed like a beat cop, but excessive force is still your best option. (Image sourced from: PopBucket) 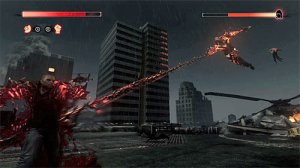 Prototype 2: It’s Angry Black Man versus Self-Entitled White Man in the finale. Truly it is a battle for our times. (Image sourced from: Game Pressure)

Sitting in my current backlog is:

Games I want to play are: