I was going to continue with my current series, but looking at the collapse of RealTime Worlds really brought home the similarities between that event and the collapse of 38 Studios. 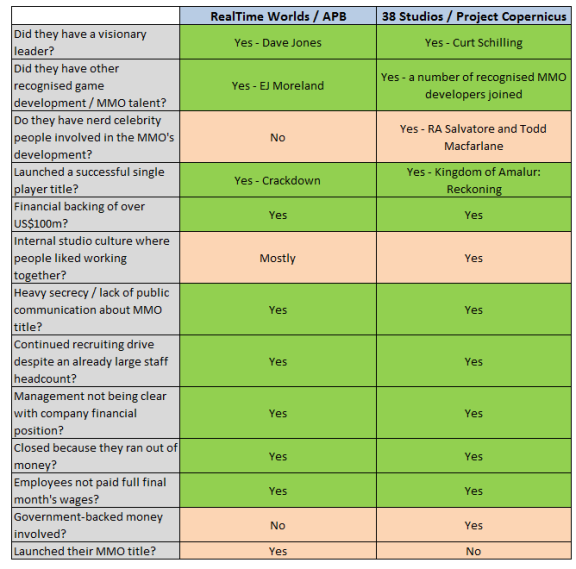 This kind of tables always suffer from selection bias, but in this case… hey, look over there! Unicorns!

RealTime World’s collapse was a big thing at the time, but they didn’t have any public money involved with them (that I’m aware of, anyway). 38 Studios does have a public money-backed deal, which is why it’s collapse will linger much longer.

And, if you want to add to the above, T=Machine thought that APB failed for a number of reasons similar to Tabula Rasa’ demise.

Somewhere in the distance, I can hear Shirley Bassey.

UPDATE 19 June 2012: I should have added another similarity between these companies was “thought things would come together if they just kept working”.