I was recently reading an examination of business journalism in Australia that held some useful parallels to the issues that gaming journalism faces. It points out there are two types of journalism in operation:

If you asked the question about which is most important, I think most people would say that accountability journalism is the most desirable approach. “Journalists need to go after those guys, hold their feet to the fire, get to the truth!” would be the rhetoric.

All those readers who congratulated you for bringing the hammer down on accusations will quickly turn on you if you get them wrong. Or… you could just say nothing and get paid regardless. Your call. (Image coursed from: Wikipedia)

But there’s a problem with that – accountability journalism is messy. If a journalist gets something wrong, like not fully checking a source, or not having all the information (which is very possible when it’s being dug up from the underground) or even just making a simple incorrect association, it can be game over. The journalist (and their publisher) can be sued, the journalist can lose their job and at the very least it opens the door to ongoing criticism about ‘bad journalism’ that is used to block all other issues that might have been correct. (For examples, see the fallout of Rolling Stone’s rape allegations at the University of Virginia, or the Killian documents scandal that led to Dan Rather retiring.)

Even if there aren’t any errors of that scale, accountability journalism creates enemies. A journalist may have to compromise a source when they release their information, or simply be blacklisted from future access journalism opportunities.

That’s important, because access journalism happens a lot more often and is pretty much the bread and butter of games journalism. The more common game site activity is to write and post PR-linked pieces about games that are coming out or about broader industry issues. It’s a cosy arrangement that generally keeps everyone happy… even the site reader.

Yes, the reader. Despite claiming they want accountability, readers want exclusives, want day one reviews, want insider access to events – all things that access journalism provides. It’s a situation neatly summed up in the following passage about business journalism:

“Among several telling personal anecdotes, [journalist] Starkman describes being contacted by the general counsel of a packaging company, who then arrived with a couple of flaks and some important information: their employer was about to make a multi-billion-dollar bid, the details of which were available if the paper promised to ‘play it big’.

The promise was eagerly made, and Starkman was euphoric at his ‘scoop’: ‘I grinned until my face hurt … The whole thing felt positively naughty. And unlike a successful investigative story, with its grand juries, arrests and impeachments, here all was good. No one was going to jail. No one’s life was ruined. The opposite was the case. The buyer got its deal; […] And I got my scoop, clean as a whistle.’” 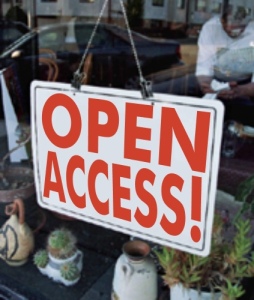 Outside of going at studios / publishers for releasing buggy titles (where game journalists are on safer ground in criticising a commercial product, although I do think a lot of the focus on titles like Assassin’s Creed: Unity were more for post-GamerGate reasons than genuine consumer concerns) it’s rare for a game site to investigate its own industry.

Critique it? Sure. Conduct some historical analysis? Fine. But there’s a reason that GamerGate broke in non-gaming publications in a bigger way than it did among the gaming press, despite being the biggest gaming cultural event of 2014. A lot of sites didn’t want to take a position either way on such a difficult topic, despite being in an industry where content has to be pumped out regularly no matter how tenuous the gaming culture link (e.g. an unofficial Power Rangers short movie that got four stories on Polygon in three days and two stories on Kotaku in two days).

It’s generally only as studios or publishers are closing that games journalists find an ability to do any investigate analysis – few questions were asked when 38 Studios took a big capital investment and moved to Rhode Island, but only once the blood was clearly in the water were gaming journalists staking out donut shops for insider comment. Or it’s only after the blog post gets written that gaming journalists start to comment on an issue they know exists.

Even in a case where accountability journalism appears to have taken place such as the Peter Molyneux / 22cans Godus debacle there’s still a lot of room for improvement. One harsh interview does not industry journalism fix, especially for a man that’s been wildly over-promsing and under-delivering on titles for a least a decade. If that’s the rate games journalism chases down the guilty, a lot of devs can sleep soundly in their beds knowing that they can still rely on games journalists to promote their crowdfunding efforts no matter their reputation.

(To be fair, it’s a common complaint that it’s the ‘outsider’ journalist who breaks the big story over the ‘insider’ journalist because the outsider has less invested in the people they are writing about and are just looking at the story.)

It’s access, not accountability, that rules the day in games journalism.

And maybe that’s fine, provided everyone’s aware that this is the case.